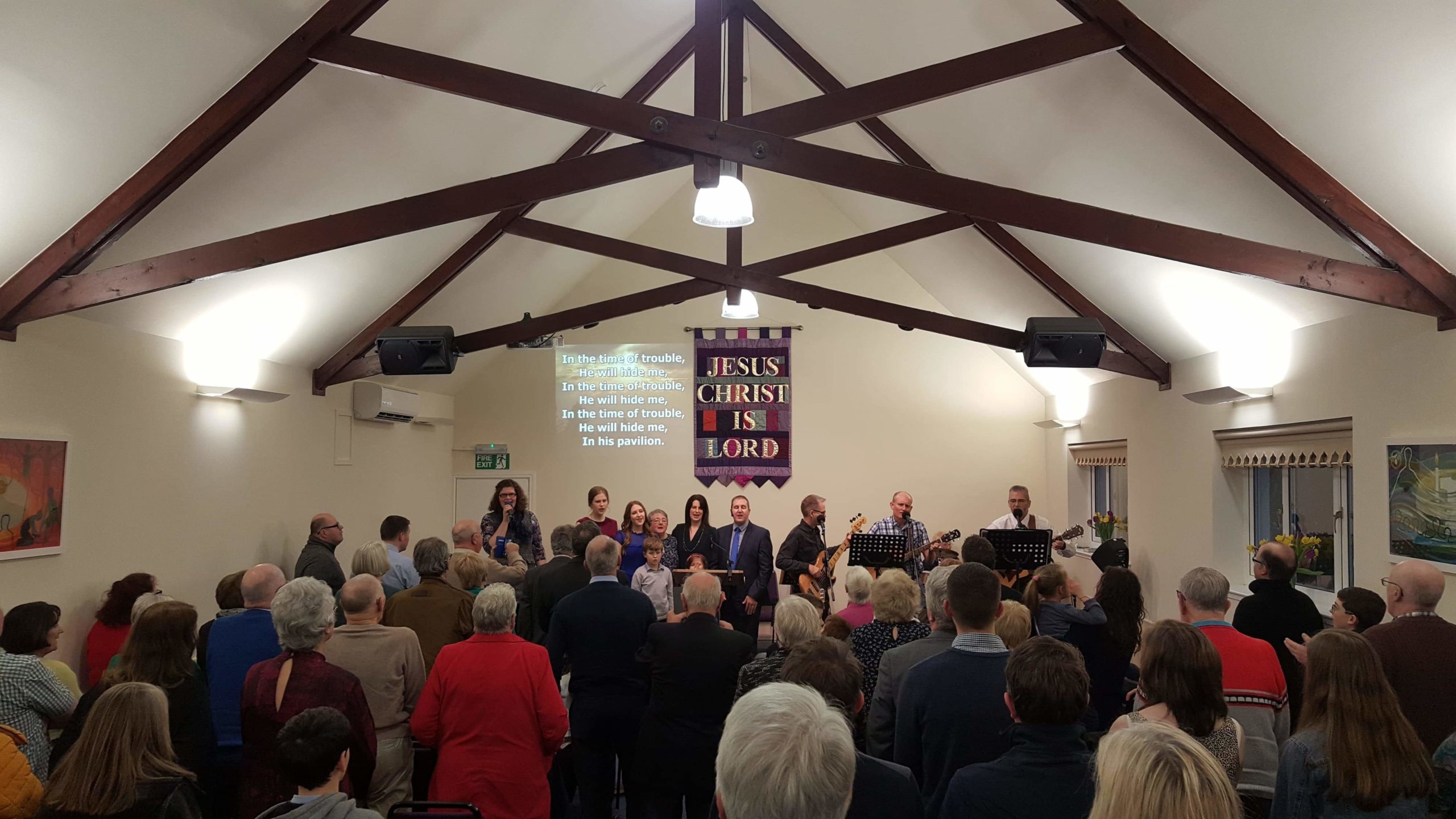 Our current Minister is the Rev. Jonathan Tink

Jonathan was born and brought up in the Tamar Valley in Cornwall. He writes:

“I was taken along to church and Sunday School every Sunday from birth and even a few before that. My parents were both actively involved in both church and Sunday School, and they brought us up to have a ‘quiet time’ each day.
It was during this time one night when I was six, that I became very aware that having Christian parents and going to church was not enough to be right with God and I put my trust in Christ for salvation in simple child like faith.
I enjoyed many opportunities for teaching and fellowship through church events as well as The Faith Mission camps etc.
After attending the FM Edinburgh convention for a couple of years, I sensed a call to join the work full time (2 Chron. 28:20, Luke 24:49,50). I spent two years at their Bible college in Edinburgh (1992-94) before going to work as an itinerant evangelist for 4 years in Northern Ireland.
After getting married (1998), we continued to work with The Faith Mission for a further 6 years in the Republic of Ireland.
God called us then to go and help with outreach in a little mission hall in Edinburgh. We worked there for 5 years (2004-09), taking over the responsibilities as pastor shortly after starting there. We were responsible for two Sunday services as well as a mid week Bible study and various other outreach opportunities.
In 2009, then God called us to serve as missionaries on the Isle of Skye. We worked for 2-3 years assisting various churches and ministers in the area, then felt it was right to get involved with a group who were looking at the possibility of starting a new church founded and grounded on God’s word. We worked with Uig Mission Church for around 7 1/2 years, again taking the responsibilities of the pastor.”

Jonathan was inducted as Pastor in February 2020, but stated that he was not coming as a ‘one man show’. He recognises the huge part that his wife Elizabeth plays, but his whole family have been involved in the life and ministry of the church, particularly through the long months of lock-down.

Elizabeth comes originally from Fort William and attended this church and Sunday School until she was 5 when her family moved away to Edinburgh. Her parents moved back to Fort William while she was training at the Faith Mission Bible college and so Jonathan & Elizabeth’s wedding was also in this church in Sept. 1998.

Their two older girls were born while they were working with the Faith Mission in the South of Ireland (Bethany 2000 & Lydia ’01), and while working on Skye, Nathaniel was born in 2010 and their daughter Eden in 2012. They conclude:

“We recognise God’s grace in saving us, calling us into His service and faithfully guiding us and providing for our needs and those of our family, and we trust we will continue to know His grace being experienced and demonstrated in our lives for years to come.”

We use cookies to ensure that we give you the best experience on our website. If you continue to use this site we will assume that you are happy with it.Ok